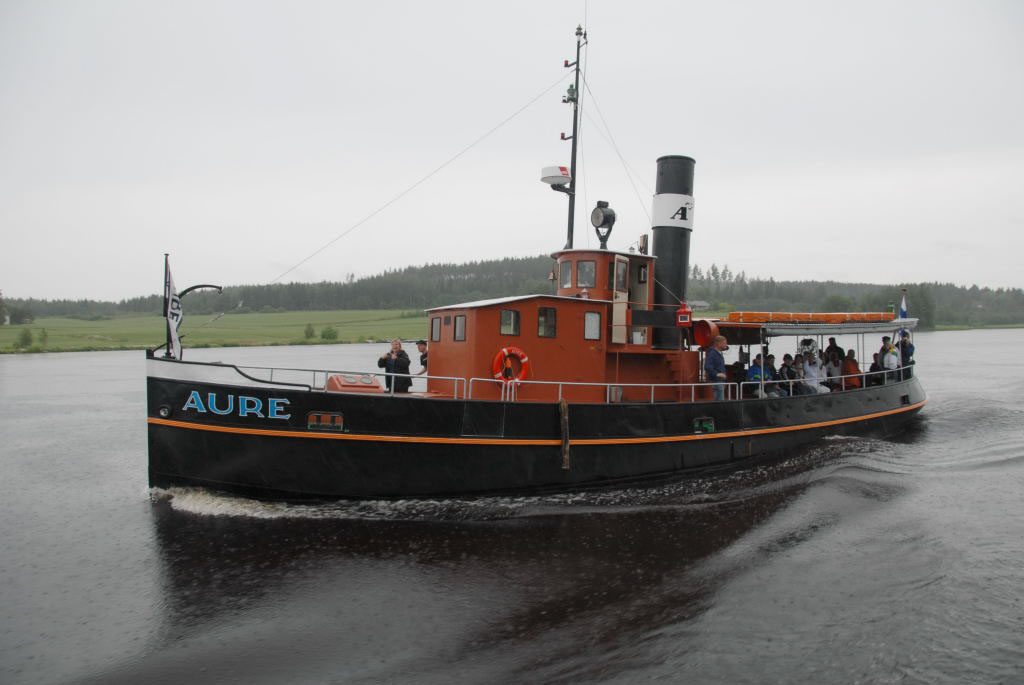 At the time, the Finnish state was a large consumer of firewood, as the state’s facilities were also heated with wood. The role of VR and later Vapo in the acquisition of these trees has been reported for Antero (and Laurin?), But Metsähallitus was also obliged to participate in this procurement. For this purpose, Metsähallitus bought a tug named Neptun II in 1916, which it named “Aure” according to one of its Forest Management Areas. In 1926, however, it ordered a new ship, selling the old Aure, which is still in use under the name “Visuvesi”. The new tug, also named Aure, was ordered from A. Ahlström’s workshop in Varkaus, from where it was transported by rail to Vilppula for assembly.

When completed, Aure began towing logs in Näsijärvi on barges, which Metsähallitus had in 1934 in Näsijärvi. Consumption of logs was considerable, in 1927 VR alone used 1.4 million stack cubic meters, after the wars it reached almost 3 million. In addition to this, there were other users of halo, so the number of logs was considerable. Aure therefore did much the same work as Vapo’s ships, albeit under Metsähallitus. After the peak years, however, with the opening of imports, the amount of wood used began to decline as VR and state-owned plants switched to coal. Metsähallitus began to close its log store in Näsijärvi. The barges were sold and Aure remained standing on the shore of the Kuru shipyard from 1949.

In the 1950s, the use of logs continued to decline as oil and coal replaced it. Metsähallitus sold the quite good condition Aure in 1957 to the forest industry company Ab J.W. To Enqvist Oy, which acquired it to replace the expensive “Husband” tug. Auree now became a tug of log ferries. Enqvist’s shares were acquired and merged by G.A. Serlachius Group 1965-66, when Aure also became Serlachius’ ship for a short time.

Aure was out of service in the spring of 1969, when Serlachius bought the “Pispala”, which was originally built as a motor tug, from the Kokemäenjoki Swimming Association. Its new life began when private individuals bought a tugboat that had stood on the shore of the Pimeensalmi shipyard from G. A. Serlachius Oy for 12 years and founded the Steamship Limited Liability Company Auren. Aure began making charter cruises in the summer of 1981, as well as scheduled weekend services from Tampere to Kuru. However, for a longer period of time, scheduled traffic no longer seemed to be a hobby for a group of employees. In 2006, the ship was resold to a private individual, who moved it to Päijänne. Today, Aure’s home port is in Jämsä.