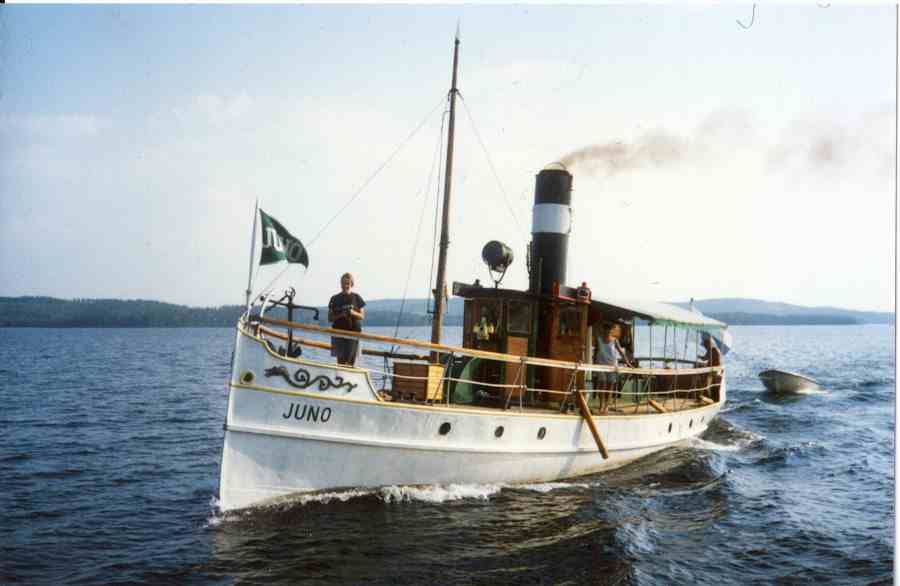 Juno was built in 1907 at Borgå Mekaniska Verkstad shipyard in Porvoo. The vessel was originally built to operate in marine conditions, as evidenced by, among other things, the surface condenser of the steam boiler. In the 1920s, S / S Juno moved from coastal traffic to the Pori match factory in Jyväskylä, where it towed loads of aspen wood for the factory’s needs. In the late 1930s, S / S Juno became the property of Nurminen Saha Oy, in whose service the vessel towed log ferries to the Korpilahti sawmill and barges between Jyväskylä and Lahti and Korpilahti. S / S Juno operated in professional transport until the mid-1960s, after which it passed into private ownership.