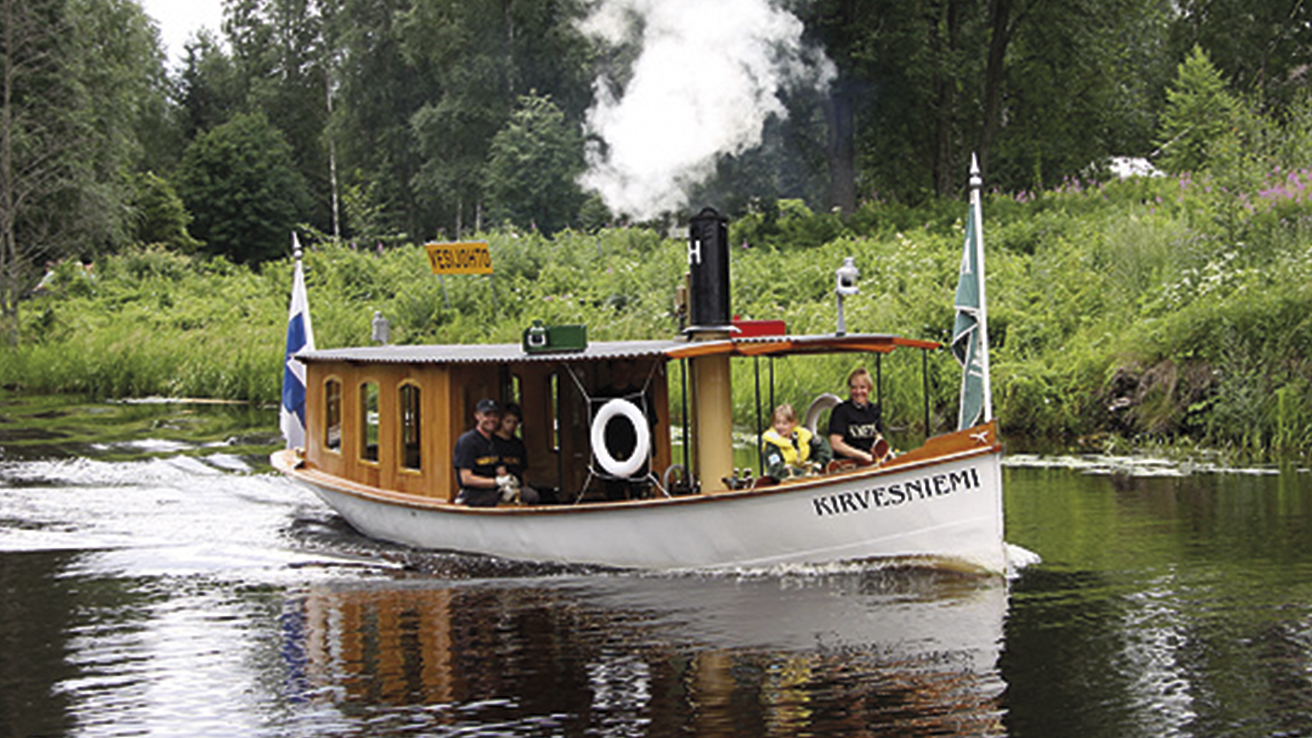 It is often difficult to trace the history of small steamboats, as archive data on them, mostly in private ownership, have not been preserved. Even in the case of the ax, the origin of the ship is obscured. Most sources mention its year of construction in 1881, which is, however, the year of manufacture of the machine built at its Lindberg machine shop in Stockholm. As for the hull of the ship, the information dates back to 1908, when it was owned by O. Ylistö from Jyväskylä, and its name was “Lempi”. Press articles about the ship have survived in Central Finland from that time. Ten years later, the ship was acquired by Joonas Vuolle-Apiala from Jämsä, who named it “Kotkatsalo”. After the death of Vuolle-Apiala in 1930, the ship passed to his heir and from there to Kalle Helander in 1932. At the end of the decade, however, it remained standing on Soimasaari.

A new magazine was published in the history of the ship after Sakari Härö bought the Soimasaari farm from Kalle Helander’s daughter. On the shore of the island, the hull of a steamboat without a machine and a boiler had been abandoned. Helander had used parts of the ship he had bought from the bankruptcy estate of the Vuolle-Apiala leather factory as spare parts for his own ship. For the oxen, the hull was “Jonah’s ship,” they were related to Vuola-Apiala. It was known that Vuolle-Apia had a sloop called “Kirvesniemi”, which is why the vessel was called Kirvesniemi. It was not until 1999 in discussions with Aimo Vuolle-Apiala, who was born in 1912, that it became clear that the family had had another steam boat named Kotkatsalo, which had had a salon. Although the existing frame was revealed to be Kotkatsalo, its name remained Kirvesniemi, which it had always been for Härö.

The Kirvesniemi refurbishment project began in 1974, when its hull, tiled and filled with barrels, was towed by the owners to a steam tug Junolla to Pihlajakoski and from there on to the Vocational Course Center in Lahti for refurbishment. The following year, the steamboat “Seppo”, which lay at the bottom of Synsiönlahti Bay, was purchased. It was timber-framed but completely rotten. From there, however, he got a machine and a boiler in Kirvesniemi. However, the refurbishment of Kirvesniemi took place gradually, completing the 1997 Porvoo Steam Days. Since then, the ship has participated in several Steamship Club regattas and other events in various waterways, as well as for several years at the Helsinki Boat Show. Originally equipped with a stern cabin, the ship, after its new arrival, ran for a long time with a summer canopy but open until it got a stern cabin in 2008.