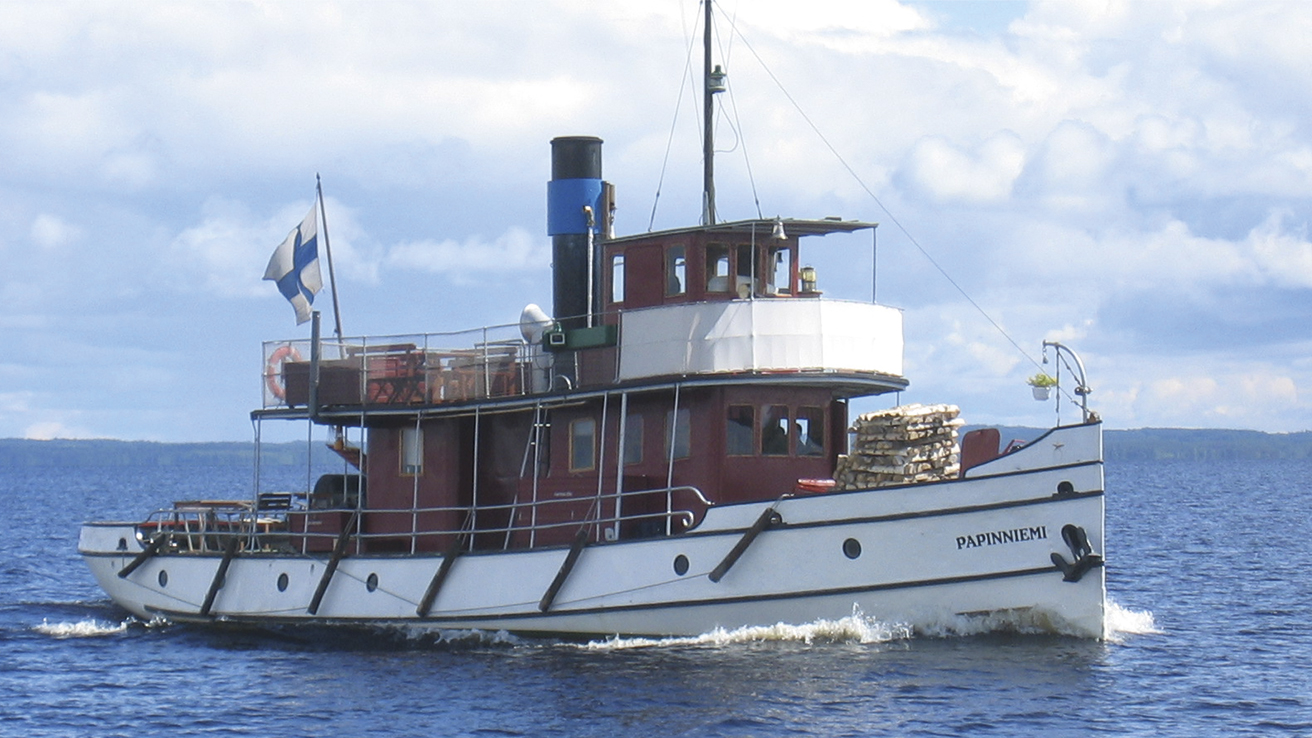 In 1904, local notaries founded Karttula Höyryvenhe Osakeyhtiö, the purpose of which was to “buy a walmis ship” to carry traffic in Karttula’s waters. However, no suitable one was apparently found, as the company ended up ordering a new ship from the Lehtoniemi workshop in Varkaus in 1905. Newspaper Otava noticed the new ship called “Karttula” quite extensively, describing the ship’s facilities: flight attendant and crew cabins, cargo hold at the bow, woipi used by passengers on Sundays for church trips, there is an Awara salon on the deck under the suwik roof, the master’s cabin, food tank, etc. The decor is a great job, so laiwa makes for a fun and pleasant whit. Travel speed is 18km. per hour.”

Karttula started operating from Iisvesi to Vesanto and Karttula, competing with the “Allin” that had already been on the same route. The competition was fierce, and the Karttula company disintegrated as early as April 1908, after which the ship continued on the same route, managed by the established Rautalampi-Vesanto-Karttula Steam Boat Cooperative, with roughly equally meager results. There were also problems with the authorities, who in 1909 had very different views with the shipowner on the necessary equipment for the passenger ship. This may have been affected by the “Pielavesi” accident in October of the same year. (see Repola 5). Eventually, the cooperative had enough and sold Karttula in June 1914 to Herman Saastamoinen, a commercial counselor from Kuopio, who moved the ship to Kuopio waters.

Saastamoinen, who was born in Keitele, had founded several companies in various fields in the Kuopio region at the end of the 19th century, and their operations developed into one of the most significant in the Savo region. The limited company also owned a substantial fleet for cargo transportation and towing tasks. Saastamoinen immediately rebuilt the ship thoroughly at the Haapaniemi shipyard in 1915. It was made a tugboat, and it was named Papinniemi after a company-owned farm in Heinävesi. Today, the New Valamo Orthodox Monastery is on site. Papinniemi’s task was to tow log ferries from Kallavesi to the Särkilahti plywood factory and the Siikaniemi sawmill in Kuopio. Most towing took place from Juojärvi, but also from Kermajärvi and Ruokovirta and Muuruvesi in the direction of Iisalmi. There were eight crew on board, which was quite a typical number for tugs. Although the towing distances were short compared to the line tugs, Papinniemi had a container on its side with logs for fuel and a sauna.

Papinniemi was one of the Saimaa ships that joined the Clearing Fleet established in 1945 to clear the Gulf of Finland of sea mines. Pauli Lindholm, who served at S / s Janne in Korsteen in 2006, recalls that during the summer of 1946, Papinniemi was taken out of the sea prematurely. “They were loaded on Ok wagons in the deep harbor of Lakulahti. Usually there were two wagons per tugboat hetkellä hetkellä At the time of departure the ship was just driven over the wagons lowered into the sea and wedged with a cloth closed. Telephone and power lines, bridges and other shallow things had to be dismantled or lifted out of the way of transportation. ”

In the early 1960s, Papinniemi was close to experiencing a fate. At that time, Saastamoinen was considering which ship would be saved, Papinniemi or Savotar. Savotar had been standing for several years at the time. If it had been Diesel, Papinniemi might have been sold as scrap. In the end, however, the company’s sailors decided Papinniemi was sufficient, and Savotar was sold to a scrap yard. Papinniemi then handled the towing of Saastamoinen’s Kuopio mills until 1967, after which it was sold in 1969 for private use. A sauna cabin was built at the stern of the main deck, which was covered with an upper deck. Oil was used as fuel for the ship instead of logs. In 1979, Papinniemi changed hands again. The new owners changed the ship back to log-heated. Today, the ship’s home port is Mikkeli.