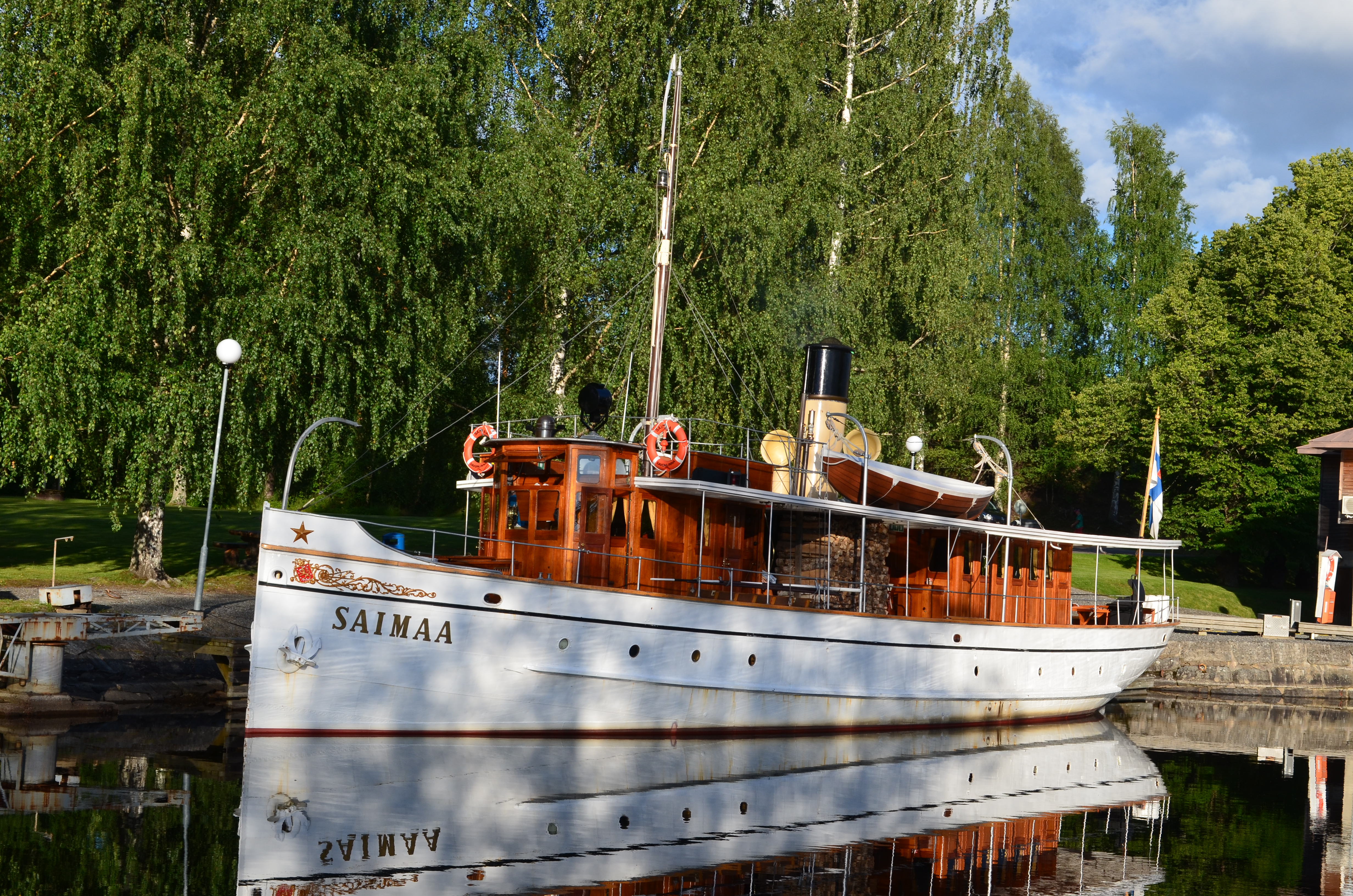 The opening of the Saimaa Canal in 1856 significantly increased the water traffic in the lake and made it necessary to improve the safety of the fairways. In 1857-67 there was a sea surveying expedition in Saimaa, to which the state had provided the impeller steamer Saima. In 1864-66 the first nautical charts of the area were printed. To continue the work of the expedition, the Saimaa and Kallavesi pilot districts were established in 1868 (after independence, the Saimaa pilot district). 9 pilot stations with 18 pilots were set up across the water. Later, as fairway and mapping work progressed, more pilot stations were established. From them, the pilots took care of clearing, measuring and marking the fairways in their area. The site was extensive, and as new routes opened, it expanded even further. Monitoring the condition of waterways and the operation of pilots required movement, for which an inspection vessel was also needed. Initially, the pilot district did not have its own vessel, but its masters leased small steamships for local traffic in Lappeenranta, while longer missions were handled by scheduled passenger ships. The first pilot ship of the Finnish Pilotage, the “Saima”, was replaced in 1886 by the old “Silmä” ship. However, the 15.4m long steamer built in 1867 was already old and dilapidated at that time.

In a submission to the Senate in 1892, Pilot Director Gadd justified the acquisition of a new ship by the special extent and long distances of the pilot district, stating that the district master’s inspection voyage totaled 1,273 miles. The matter progressed quickly and the Senate granted FIM 60,000 to purchase the ship from a domestic shipyard. The competition was won by Turku-based w: m Crichton & Co Ab, from which the ship was completed in May 1893. A.I. In his steamship history of the Saimaa watershed, published in 1945, Karttunen describes Saimaa as follows: “It is a neat ship with a spacious walking deck and a salon upholstered in red velvet. There is also a good space for the kitchen on the ship. ” Saimaa was also a representative ship. For example, Emperor Alexander III had visited the area in both 1887 and 1891, so Saimaa was also made elegant and representative for potential dignitaries. It is known that it has since transported the members of the court from St. Petersburg to Kotka to the Langinkoski Imperial Fishing Lodge. The ship was always kept clean, its brass shiny and it was in good paint.

Its first task in 1893 was to study and map the route of Puruvesi from Savonlinna to Kerimäki. Saimaa spent the winter of 1895 in Helsinki for repair at a shipyard. After returning to Saimaa, it began inspection visits in the summer of 1896, visiting all the pilot stations of the water body except Ahkionlahti and Pielisjärvi. A small fairway survey was also carried out south of Joensuu. The ship was stationed in Lappeenranta. During the Winter War, Saimaa was transferred to the Gulf of Finland, where it served as a staff ship in military missions and also in surveying missions, carrying out inspections of sea lanes. From 1941 to 1942, Saimaa served as an inspection vessel for the Vyborg pilot district and was stationed in Kotka. During this time, it was bombed and got holes in its deck structures from bomb shards. Traces of the bombing are still visible in Saimaa’s historic salon. The vessel was returned to the Saimaa pilot district in November 1942.

Aaro Korpelainen, who worked in Saimaa in 1947-52, describes the ship’s work at the time as follows: Once, it was in 1949, general manager Rahola came on an inspection trip, and was driven for two weeks, also visited Pielinen. All the while the gentlemen sit in the salon and play cards, they are not around them. ” In the late summer, however, Saimaa got even better jobs when it started refueling and igniting oil-powered splendors. Later came the glorious alterations when they were converted to acetylene-powered as well as fairway works. Throughout its history, Saimaa has also been the state’s representative ship. Many of Finland’s presidents have cruised on it, for example Urho Kekkonen in 1961 and -67.

Saimaa was a “day ship”, meaning it had a crew of only one guard: a sailor, a chief engineer, two deckhands and a mistress. The pilot-in-command or assistant master was usually present as the master of the ship, but the sailor acted as skipper. The stacking was handled smoothly: the ship had its own stack in Asemaniemi, but otherwise it was taken along the way, where only the stack was found. According to Korpelainen, “it was such an airborne agreement: first it was determined who the stack was and then the skipper measured how much was taken and recorded it, and the state then paid each company after the sailing mine.”

Saimaa has survived to this day almost in its original form. Only its color has changed from black to white, and the covered wheelhouse was built in 1913. Originally, the rudder was located on the deck under the summer canopy, but unprotected from the wind. The wood-fired steam boiler was replaced in 1925. Saimaa is still owned by the Finnish Transport Agency, now as a representative vessel. The ship’s original steam engine develops a cruising speed of more than ten knots, at which rate firewood consumes about a cubic meter per hour. The vessel is still to be kept in service, while at the same time remaining in good condition and maintenance at all times.