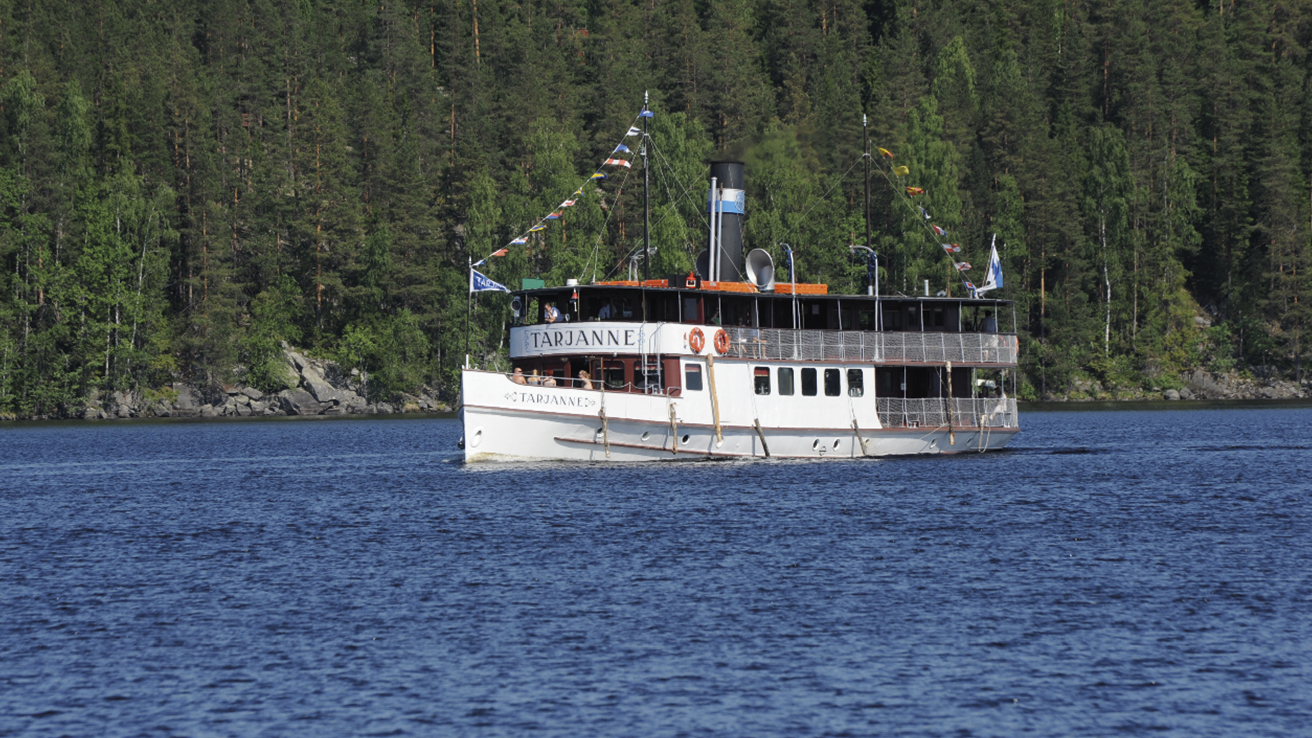 S/S Tarjanne is a steamship built in 1908 at the Lehtoniemi machine shop in Joroinen. The ship was ordered from the workshop by Höyrylaiva Osuuskunta Tarjanne, which was established to purchase the ship. From Joroinen, Tarjanne was transported in parts to Vilppula to the shore of Mäkitalo, where the ship was assembled and launched. After launch, the vessel served the cooperative, operating in passenger and cargo traffic until 1967.

In 1967, the vessel was taken over by its current owner, and in the summer it still operated daily from Tampere via the Näsijärvi and Murolee canals to Ruovesi and Virra. The ship is the last long-haul passenger steamer in Finland. Tarjante’s Route from Tampere to Virra is known as the Poet’s Road. Previously, Tarjanne operated on its route together with S / S Pohjola. Pohjola is currently in an almost irreparable condition when raised to the ground in Ruovesi’s Jäminkipohja.

The offer currently has a total of 115 passenger seats and a crew of four, as well as the necessary restaurant staff. The ship’s upstairs restaurant was converted to its current appearance in 1916 and was designed by Akseli Gallen-Kallela.