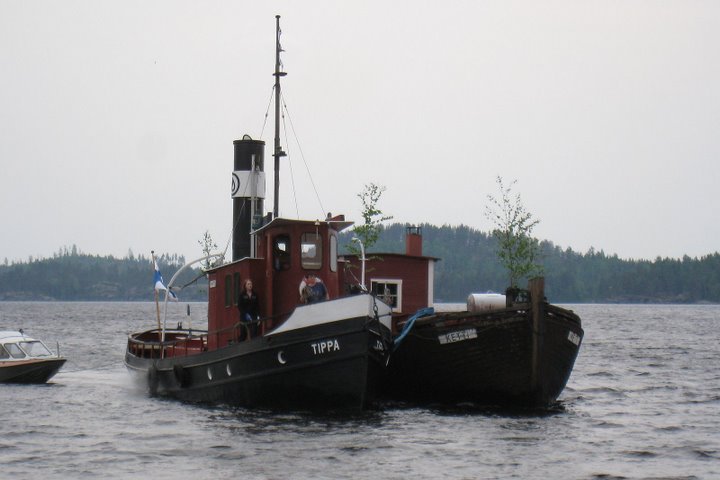 Tippa is a steamship built in Sweden, which for a long time served as a tugboat for Repola-Viipuri Oy and later Rauma-Repola Osakeyhtiö. The exact year and shipyard of the ship are not known because the ship’s papers were destroyed in a fire in the shipyard in the 1970s. The company bought a ship called the Repola 3, which had been forcibly handed over to the army and sunk during the withdrawal phase.