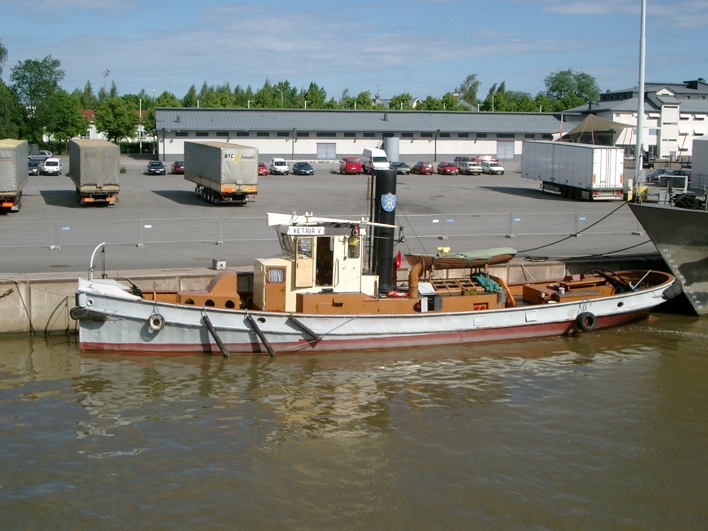 In Joroinen, the passenger steamer Ilmari was completed for Pielisjärven Höyryvenhe Oy at the Lehtoniemi workshop in 1891. The ship, designed by engineer G. A. Westerstråhle, could accommodate 80 passengers. In design, it was flat-topped, and its central part was protected by tin walls curved at its upper edges. In keeping with the fashion of the time, the ship was painted gray. Shipping was successful and dividends were distributed on average 20% of profits. For some reason, however, during Christmas 1902, the largest shareholders proposed selling the ship. Possibly they had in mind the purchase of their own vessel for a profitable Pielinen route. The shipping company was put into operation in 1903 and Ilmari was sold to O. W. Lucander, a businessman from Vyborg.

The new owner immediately turned Ilmar into a tugboat, as the Saimaa and Vyborg lottery fleets increasingly needed tugs. Vyborg was well on its way to becoming Europe’s largest timber export port, as it was at the latest in its heyday in the 1930s. In 1909, Lucander sold Ilmar to A. Kilpiä in Taipalsaari, near Lappeenranta, where several timber businessmen were affected at the time. So there was a demand for tugs. For some reason, Ilmari was entered in the Helsinki ship register, even though he operated in southern Saimaa. In 1918, the ship was transferred to J. W. Wåhrström from Taipalsaari, still remaining on the Helsinki register. In 1920-22, the tug was owned by Puutavara Oy Giers from Helsinki, who, according to the documents, had acquired the ship shipwrecked. However, very little is known about these times, because there were hardly any registry entries in the whirlwinds of the Civil War, and subsequent entries were destroyed in the Helsinki bombings during World War II.

Next, Ilmari will appear in 1928 after moving to the waters of Turku, where the new owner Oy Vienti-Export Ltd replaced it with a new boiler at the Crichton-Vulcan shipyard and named it “Export”. With this boiler, built in 1923, coal came into the ship instead of logs. In 1954, the city of Turku bought the ship, and it became “Leader V”. In 1965, the ship’s chimney was shortened by two meters when it was converted from coal-fired to oil-fired. At the same time, it also got new deck structures and its current appearance. The vessel was decommissioned in 1983 and the road of the last steamer on the Finnish coast seemed to lead to a scrap yard. Fortunately, those who cherished maritime cultural heritage turned their attention to ship rarity. It was kept in Ruissalo until 1986 until it was handed over to the Turku Provincial Museum, which transferred it to Suomen Laivateollisuus OY’s shipyard Pansio. Founded in 1993, the Vetäjä V support association began to rehabilitate the ship into a functioning museum ship. The renovations were completed in 1996, and the ship became home to Aurajoki in front of Forum Marinum. Driver V is still a working steamer and has been seen at the Kotka Maritime Days, among other places.