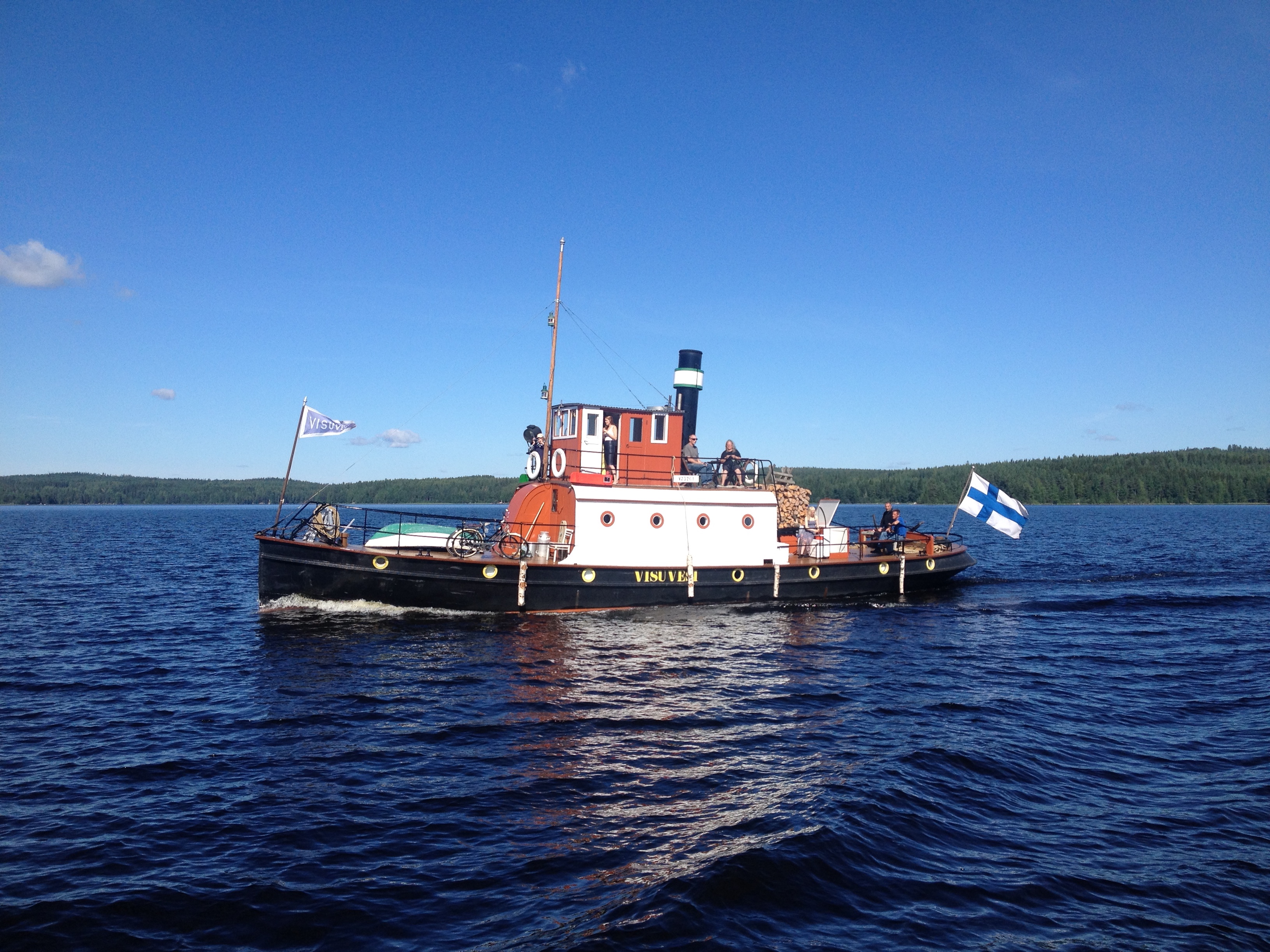 In 1890, an industrial wood procurement company called Oy Neptun Ab ordered a 21-meter tug from the Tampere machine shop, which was named “Neptun II”. It was designed by shipbuilding engineer Richard Munsterhjelm, and built by O. Åsberg. No new steam engine was made in it, but an exhibition machine made for the Helsinki Industrial Exhibition in 1876 and awarded there was placed in the workshop’s warehouse. It was an old model twin aircraft that was more uneconomical in terms of steam consumption than newer compound planes, but powerful: the Neptune II was considered the fastest ship of its time in Näsijärvi, with a 100-person plane traveling at a speed of 162 miles (17.6km) per hour.

The Neptun company mainly took care of the procurement and transportation of logs and pulpwood from its main owner, the Frenckell paper mill. Neptune II was mainly a barge tug. When the company’s old ship Neptune was scrapped, the serial number was omitted from Neptun II’s name. In 1916, the ship was bought by Metsähallitus, which gave it the name Aure. In 1920 it was raised to a deck and two storeys. When the state then commissioned a new Aure-Laiva in 1926, the old manufacturer Elis Lahtinen was sold to Visuvesi. The ship’s old boiler and machine were replaced in the spring of 1927 by machinery taken from Lahtinen’s large timber-framed Visuvesi I tug, and the ship was now called “Visuvesi”. With the expansion of Lahti’s business, Visuvesi Oy was officially established in 1943. In the 1950s, car transport began to become competitive with water transport, and eventually the Visuvesi ship in 1958 remained on the shore of the workshop. On Epiphany night in 1960, it sank its own times as it wintered to a depth of 9m. This, on the other hand, was also luck, for at the bottom it was saved from the scrapper.

Visuvesi new life began when a few Tampella boiler Party chief engineer dreamed of getting its own steamer for recreational use. As they did not want to find one, Sauli Korhonen called them in June 1978 to Juhani Valanto, a well-known expert on the history of steamship Lake Näsijärvi. Valanto stated that both steamers on the surface (Aure and Näsijärvi II) were busy but knew one piece of advice that would be given if they could join the crew. This was agreed and Valanto told the group the story and whereabouts of Visuvesi. After agreeing with Visuvesi Oy on the transfer of ownership and obtaining permission to lift the ship, preparations began.
The lifting itself eventually proved cumbersome. There were, for example, supporters from the Tampere Sports Divers and Visuvesi VPK. There were old and fragile compressed air bags in use that broke down easily, but eventually they were used to move the ship submerged to the shore of the nearby Aimo sawmill for final lifting. It was to be done with pneumatic winches between the two barges, but due to their insufficient power, the old bag construction still had to be resorted to before the vessel was finally permanently on the surface. It was first towed to Ylöjärvi on the shore of the Pimeesalmi shipyard, where renovation work was carried out for a couple of years. The problem was the long distance to Tampere, which was alleviated by Tampella OY, which allowed the ship to be lifted next to the Myllysaari turbine test laboratory, a stone’s throw from its original construction site, where all unusable scrap was unloaded and the hull repaired. In the autumn of 1980, it was lowered again and towed again to the pier of Pimeesalmi shipyard.

18 years in the submerges had naturally made the ship frost. Once its old steam engine had corroded beyond repair, a new one had to be found. As none of the machines on the ship manufactured by Tampella were found to be usable, it was necessary to settle for a foreign machine, such as was found with good luck in Sweden, where Tampella’s men were installing a steam boiler at a paper mill. Likewise, the old boiler of Visuvesi, inherited from 1890, had to be replaced. The boiler had been in poor condition even before sinking, and has been under water for 18 years since then. After going through various construction companies, a suitable boiler was found at Seestie’s construction company in Kangasala. The boiler was built at the Väinölä workshop in Jyväskylä in 1937 as a spare boiler for the Kymi Uittoyhdistys and placed in 1939 in a “Iitinvirta” tug that sailed in Jaala waters. The boiler had been removed from the ship in the early 1960s, but has since been used on construction sites for only one winter. The machine and boiler were installed on the ship in Pimeesalmi, where metal work had also been done. Next, the ship was towed to the new marina of Santalahti in Tampere in 1987, where there was still enough work to do for many summers, before the ship was sufficiently ready to accompany the Tarjante, Näsijärvi II and Aure to the traditional port of Mustanlahti. The maiden voyage of Visuvesi’s new life was made twenty years after being lifted to the surface in 1998. However, it was not until the completion of the bow dormitories in 2008 that it made possible longer voyages, providing beds for 10 people. The virgin voyage of Visuvesi’s new life was made twenty years after the surface was lifted in 1998. However, it was not until the completion of the bow dormitories in 2008 that longer voyages made possible, providing beds for 10 people. Visuvesi flows through the landscapes of Lake Näsijärvi as the only surviving memory of 19th century Tampere shipbuilding.