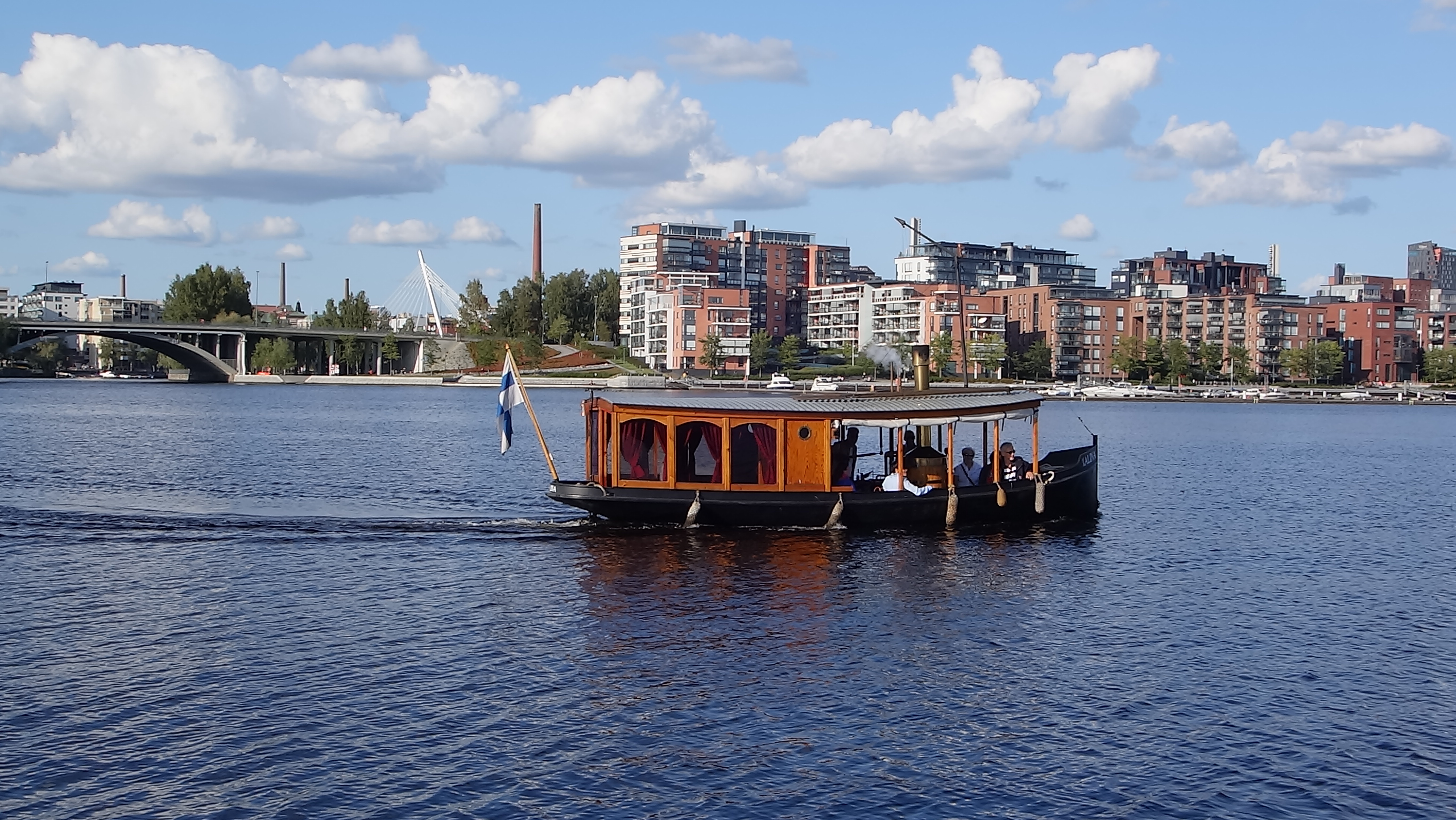 In 2002, machine installer R. M. bought a semi-finished frame, machine and boiler from Tampere. The hull was built at the Swedish shipyard using original drawings from S / S Mary (now Satu Vanajavesi) from 1901. The plane was a steam tug Auren, which Salonen had been equipping, a former unoccupied auxiliary aircraft with a power of just over 10 horsepower. The clean vertical boiler dates from 1997. It has 75 tubes and 147 liters of water space.

From these components, the owner set out to build a steam loop for himself as an old photograph of Gummerus Satatu (see S / S Satu, Vanajavesi) from the time when this was still “Mary” of Sharples. The ship is for the most part its own hand work. The boiler and the machine are in the open bow of the ship, the sides of which can be covered with hemp cloths if desired. At the stern, on the other hand, is a glass-walled salon. Alina is built in the style of the turnstiles of the turn of the century: for example, it has no electricity, but the traffic lights are also oil lanterns. Admittedly, a little “freedom” has been incorporated into the “hummingbird vapors” of the turn of the century in that the Standing Height has been raised to better suit modern humans.

The first heating of the boiler took place on May 18, 2006, and on the same day, Alina, named after the owner’s granddaughter, also carried out a test drive in front of the Kajaani shipyard area. During the test run, condensers built into the condensing line were found to be unnecessary when they did not provide the desired vacuum. They were dismantled, but a heat exchanger was left on the condensate side to heat the boiler feed water to near boiling point. Heated with half a meter of birch blades, Alina is quite economical: one Motilla drives up to 15 hours.

Alina made her public “debut” at the 2006 Saimaa regatta in Lappeenranta, where the ship was transported from Kajaani by a self-made trailer. In addition to the trailer, the transport of a vessel weighing more than 3 tonnes also required a change of car to a more traction one. The beautiful sloop attracted the attention it deserved in Lappeenranta, but it usually moves in its home waters in Lake Oulujärvi. It can be driven alone, but often has a crew of two. In total, there is room for a dozen, the cabin has room for six. At least two people can also stay overnight on board.

In 2018, the ship “returned” back to Tampere with the new owner. The current home port can be found in Laukontori, the city center. Ship’s website www.nostalgiaristeilyt.fi.