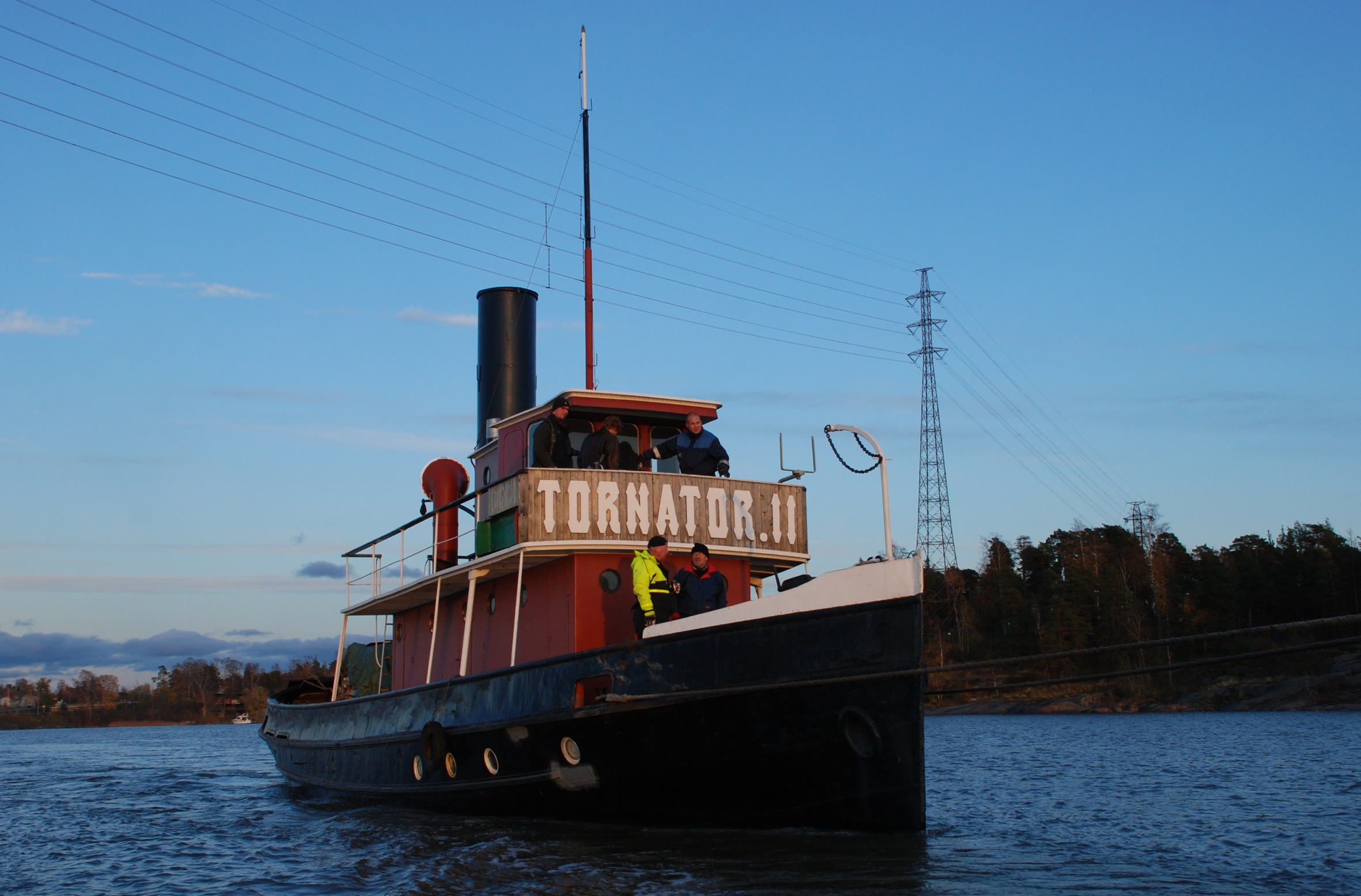 TORNATOR II ex. MAURI ex. AMANDA was completed in 1906 from the renowned Paul Wahl & Co workshop in Varkaus. The tug was built under serial number 418 as one of a series of four large line tugs ordered by Oy Tornator Ab. The vessel was employed by the Tornator company in Saimaa until 1931, when the change was bipartisan and joined the Gutzeit fleet. In the summer of the war, a 3-inch cannon was installed on the bow, removed after the war ended. Since then, used by the Defense Forces on the coast in 1945-1948 for demining.